Share on Facebook
Brian E. Lewis filed for District Court Judge in Johnston, Harnett, and Lee Counties. Mr. Lewis seeks to fill the seat left vacant by the retirement of Judge Caron Stewart. The seat is currently occupied by Brad Salmon, a Democrat, who choose not to file for election after being appointed by Governor Roy Cooper.
Lewis has lived in Harnett County for the last 15 years and he and his wife Sharon have three adult children in Wilson,NC; Greenville,NC and Abilene,TX. Their fourth and youngest child is enrolled at Overhills High School. Lewis describes himself as a  hard working, conservative Christian, father, combat veteran, and career prosecutor. 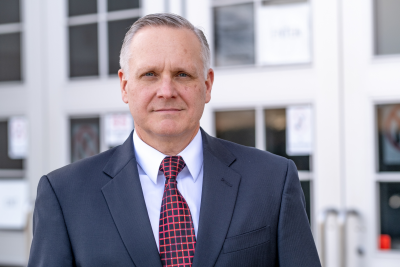 Lewis is a graduate of NC Wesleyan College, and NC Central School of Law. He started working at Parker’s Barbeque after high school but soon decided to serve the country by joining the Air Force. After 24 years he retired as a combat veteran with service in both Iraq and Afghanistan conflicts receiving a Bronze Star and jointly awarded the 2005 Clarence Mackay Trophy.https://www.af.mil/News/Article-Display/Article/131129/airmen-make-history-in-iraq/
After retirement and law school he has been practicing law as a prosecutor since 2013 with a concentration on domestic violence cases and serious assaults. He has over 30 Superior Court jury trials including 1st degree murder and 1st degree kidnapping cases; not just a seasoned Superior Court trial attorney he is also the a member of the Veterans Treatment Court and managed the Domestic Violence grant for 5 years.
He is employed by the Cumberland County District Attorney’s office on 60 days of unpaid leave to meet and get to know more of the residents of Johnston, Harnett and Lee Counties to better serve them if elected.
Google Tweet Pin it
Tweet